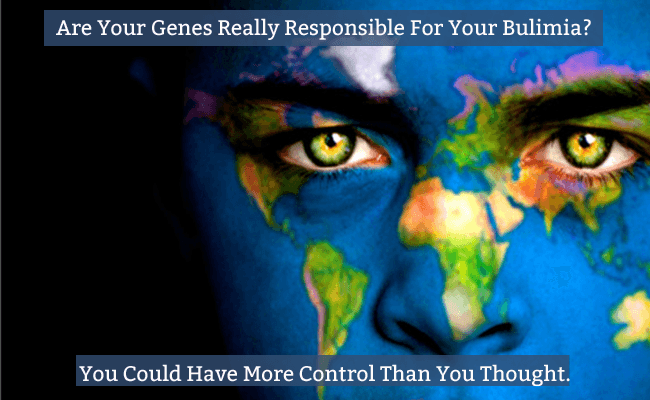 “Are your genes really responsible for your bulimia?” 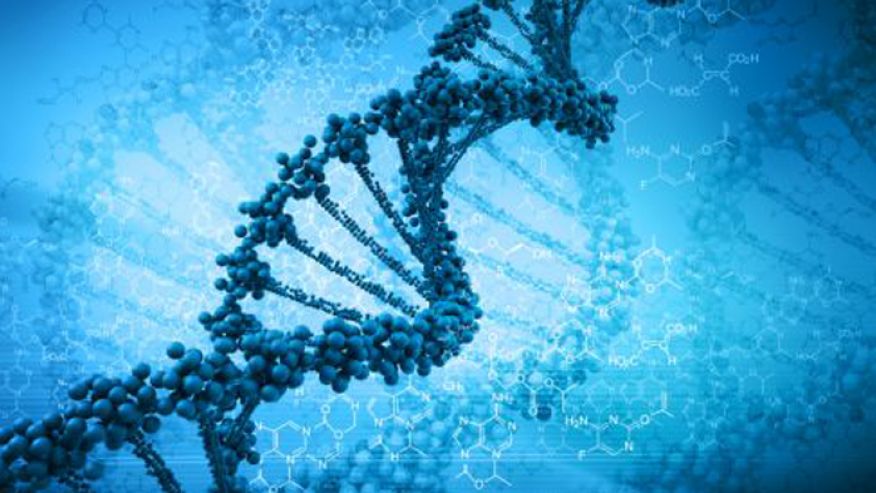 I ask you this question after receiving a tweet that suggested “eating disorders are 80% genetic so the media doesn’t play a big role in the development of them”. What’s more, when I enquired as to where the statistic came from, the answer was that’s “it’s common knowledge”.

In fact, its contents have been playing on my mind for the past couple weeks and I’ve been pondering how best to respond.

You see, whilst I’m aware that research does exist to suggest genetics can cause bulimia, it’s not yet conclusive.

Which means so-called “facts’ (like the one I was tweeted) about the role of genes in causing bulimia are misleading and potentially dangerous.

I say misleading and potentially dangerous because…

So if bulimia is determined by your genes and genes are fixed and unchangeable, then this can pretty much destroy any hope of full recovery – and fuels ideas that bulimia is something that you can never get over, that you’ll always struggle with it, and have to be ever watchful and careful.

But what if this so-called fact isn’t true?

Now what we believe to be true, whether it is actually ‘true’ or not has a massive impact on our behaviour.

So what someone believes about the causes of bulimia can dramatically effect how they think about their ‘illness’, their capacity and capability to recover and what they do or are going to do to recover.

From a genetic pre-deterministic belief, recovery could seem pretty pointless and the best expectation is to somehow manage or control bulimia.

With this in mind, it’s no wonder so many bulimia sufferers are left feeling disempowered, helpless and hopeless.

The thing is this pre deterministic view of genetics and what genes do, is now being superseded by a new model of thinking and science called epigenetics.

And without going into too much of the science here: Simply put, epigenetics studies how the biochemical messages from our thoughts, perceptions and feelings influences the activity of our genes and alters their expression.

Epigenetics states that by themselves genes ARE NOT determinist. Instead, on the balance of evidence to date there appears to be a strong possibility that your individual gene expression is influenced and shaped by the psychological and social environment (including media influence) in which you find yourself.

In short, it appears that what you believe, think and feel about life, yourself and the things that happen to you (and the way in which you respond to them) can actually switch particular genes on or off, altering your genetic expression.

Sure, there are some medical conditions that are truly genetically pre-determined, that is the illness or disease will be expressed regardless of any other influence. However, these turn out to be only a small handful of rare diseases,  – such as sickle cell anemia – but not bulimia.

And whilst people with bulimia may have certain genes activated possibly because of a predisposition (which is very different from pre-determined) epigenetics is sayi:

Now this doesn’t mean you or anyone is at ‘fault’ for any illness, or that you are at ‘fault’ for your eating disorder (you are not) but what it does mean, is that you have the power to do something about it.

And you most certainly have the power to do that because you’ve been born, as most of us fortunately have, with the authority over our own thinking – more on this in a future blog…

Now of course I’ve simplified this here. Epigenetics is a very complex topic and the specifics go way beyond the scope of this blog post, however if you want to know more I highly recommend you read “The Genie in Your Genes” Dawson Church Ph.D or “The Biology of Belief” by Bruce H Lipton, PhD.

However I trust this new understanding has given you food for thought and a feeling that things can be very different for you.

I will leave you with this question…

What in your ‘environment’; what thoughts or beliefs do you need to change to allow the stranglehold that bulimia has over you to start to release its grip?

Please leave your comments below or email Julie@bulimiafree.com. I’d love to know your thoughts and wish you well on your journey to bulimia freedom.