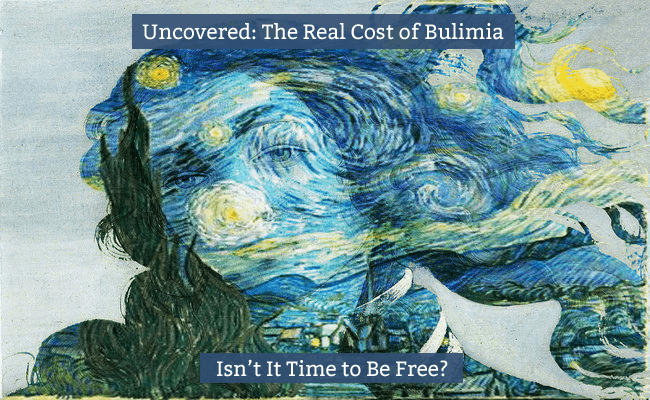 The trouble with bulimia is it’s a slippery slope.

It starts out so innocently. You feel particularly disgusted with yourself after a binge and in an attempt to repair the damage you make yourself sick.

The first time is pretty nasty. After all it’s not easy forcing your fingers down your throat. And then there’s the horrible acidic taste of regurgitated food. But the payoff is it makes you feel better – you tell yourself you’ve stopped all that food leading to weight gain – and anyway, you’re not going to do it again…

But you do – and each time it becomes easier and more habitual until eventually it’s just something you do after eating. And then bulimia becomes a way to manage your weight and help you deal with the insecurities and difficulties life has thrown at you.

The trouble is, there’s a sinister side to bulimia.

Bulimia could cost you your life

Perhaps you saw the interview in The Observer on Sunday with Amy Winehouse’s oldest brother Alex. 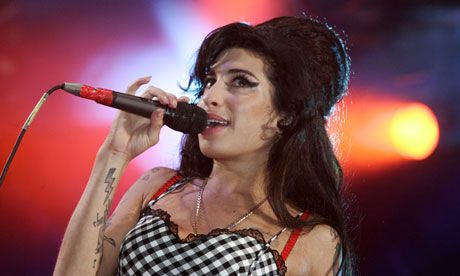 You may remember that talented singer-songwriter Amy Winehouse died suddenly in July 2011. An inquest recorded a verdict of misadventure after finding her blood alcohol level was five times the legal drink-drive limit – enough to depress her respiratory system.

However, her brother has a slightly different opinion which he made public this week.

Alex revealed that Amy Winehouse had been suffering from bulimia since she was 17. He said:

“Had she not have had an eating disorder, she would have been physically stronger”.

And there’s a lot of truth to this – especially when you get crystal clear on the detrimental physical impact bulimia can have on the body.

If you’re bulimic, you are in effect eating a restrictive diet. And because you’re denying your body essential nutrients, there’s a serious risk of becoming malnourished.

It’s a strange paradox that seems far removed from the fears associated with over-eating.

But let’s explore the facts.

People with bulimia do not eat a balanced diet. What’s more, binge foods are usually high calorie; high-fat, quick release carbohydrates that make you feel satiated but have little nutritional value. What’s more, the purging means the body never absorbs a proportion of the nutrients these binge foods contain.

As a result your body can experience wide-ranging physical side effects. I’ve described some of the most common below:

Each of these can silently weaken the body. What’s more, because the effects are cumulative they often go undetected.  Which means in time, bulimia becomes more deadly.

Perhaps you’re unaware of these physical side effects. Or perhaps because you feel physically OK, you’ve lulled yourself into a false sense of security by kidding yourself that your bulimia “isn’t that bad” or “it’s under control”.

Unfortunately I know from experience that this is rarely true.

The truth is bulimia TAKES control.

And the scary thing is, if you’ve been bingeing and purging for any length of time there’s a real risk you may have developed an underlying weakness.

And if your body is weakened, you become far more susceptible to serious repercussions  – and even death just like we’ve seen with Amy Winehouse and other talented people such as medical student Sarah Houston.

I know what it’s like to be where you are. Bulimia cost me some of the best years of my life. And in addition to the invisible physical side effects, there were the emotional repercussions such as low confidence, self-hatred and all those lies.

BUT I found a way out.

I was able to stop and I haven’t binged or purged for over 20 years. Bulimia took me to the darkest and most dangerous places. I resorted to some scary drastic measures and so I promise you nothing you say will shock me.

So if you’re ready to take back control and free yourself from this dangerous obsession with food, let’s talk. You see with my coaching support, you could reclaim your life, rebuild your health and ensure you don’t lose another day to the destructive forces of bulimia.

It can be difficult to stop – especially if you try to do it alone. And because bulimia is often a closely guarded secret, telling those you love can feel like a step too far.

So instead please talk to me.

I’ve made it really easy to do this by offering a free 30-minute coaching session.

Simply email Julie@bulimiafree.com and we’ll arrange a convenient time to Skype. I promise that in those 30 minutes you’ll discover at least one nugget that will make a significant difference to your life right now. You’ll also be able to find out a little more about my 121 coaching and get a feel if it’s right for you.

You don’t need to lose a single day more to bulimia – instead you can take back control of your life and take the first steps to bulimia freedom. You can do it and you do deserve it…

Share12
Tweet
Pin3
Share
15 Shares
Posted in Blog
← Bulimia: The Paradox and What YOU Can Do.You Are Not The Only One: What "Mid-Life" Bulimia Sufferers Need To Know… →